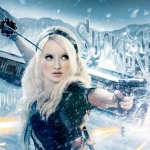 "Panzer Battles 3 is officially Battles of North Africa 1941. We hope to cover the following engagements;

"The bigger change is around Victory Points. John Tillers games have traditionally worked off an end of game reckoning of points for losses and victory locations held. This, in many cases has resulted in the only relevant turn being the last turn. Hold the victory location for nine out of ten turns and you get no recognition for what may have been a tenacious defence. It’s only he who holds the location on the last turn that matters.

As we looked at the fluid nature of the desert engagements we realised that the end of game calculation was rarely going to work. In fact, a change to victory calculation came to the fore with Normandy – specifically the Bluecoat scenario where we wanted a mechanism to reward the Germans for holding forward but couldn’t do it without giving the British easy victory points. Since Normandy was released we have gone backwards and forwards on potential options.

We settled on the following and you will see this included in some of the North Africa scenarios. Victory points for locations can now come in five possible iterations;

-1 for an exit location. This is the same as the original exit location where the owning player receives points for exiting the map at this location
# points at a location. Where # is some positive integer. For example: 50. This functions exactly like traditional objective hexes: The occupying side, first side only, accrues these points immediately (i.e., the Victory Dialog notes this immediately and doesn’t wait until the end of the turn). These accruals are one time only (i.e., don’t continue to pile up from turn to turn).
t-t[#] t-t[#] t-t[#] … Where # is some positive integer, for example 5; and t-t is a range of turns, for example, 1-8.
You can have a single t-t[#], in which case the first t should be 1, the second t the scenario maximum turn.
Or you can have a sequence of t-t[#], where the turn ranges must be ascending, with no gaps or overlaps. The turn ranges need not be uniform, i.e., the number of turns in each range may vary.
For example, assuming there are 30 turns in the scenario, this is valid: 1-4[10] 5-8[15] 9-10[20] 11-20[15] 21-30[30]
Note that the varying objective values need not ascend, or descend. Unlike the t-t turn specs, the objective values can be anything you want (so long as they are non-negative). The objective values need not be according to any formula. They can rise, fall, go to zero, etc. They can be completely arbitrary.
If it’s not clear, the t-t[#]… objective hexes thus function much like traditional single-number objective hexes – with one time awarding of points – except the points value can vary by turn. This option is included for games that end early where a player chooses to resign and for a probable future sudden death option, with forced early game termination where a VP threshold is reached.
#/# points at a location. Where the # are positive integers, where the first # applies to the Allied side, while the second # applies to the Axis side. For example: 3/5.
This is a new type of objective value, where accruals add up each turn, and may accrue to either the Allies or the Axis.
In the example 3/5, for a ten-turn scenario, if the Allies hold the objective for the first 4 turns, while the Axis seizes and holds the objective for the remainder of the game, the net effect of this objective hex is 3 + 3 + 3 + 3 – 5 – 5 – 5 – 5 – 5 – 5 = -18 assuming the Allies are the first side.
One or the other of the #/# may be zero, but not both. So, for an objective hex value 4/0 the Allies would accrue 4 additional points for every turn they hold the objective, while if the Axis hold that objective, they gain nothing.
t-t[#/#] … Like the preceding type, but varies by turn segment.
For the turn specs, the same rules apply (ascending, no gaps, no overlaps, last t in the sequence is the scenario file turn).
Likewise, the same rules apply for the #/#: One or the other, or both, must be positive integer(s). However, this is permissible: 1-3[0/0] 4-6[0/5] 7-10[5/5]
This says, for turns 1-3, neither side accrues points for holding the objective. For turns 4-6, the Axis (only) accrues 5 points each turn for holding the objective. For turns 7-10, both sides accrue 5 points for each turn they hold the objective.
So, in the above example, if the Axis were to hold the objective for the first five turns (and if they are the first side), while the Allies hold the objective for turns six through ten, the total effect would be: 0 + 0 + 0 + 5 + 5 – 0 – 5 – 5 – 5 – 5 = -10
So, for any of you still reading, in a nutshell we have multiple ways to calculate location VP’s. The most significant variations are that we can now do it by turn and importantly by side. This opens a range of possibilities and can best be shown with a few in game examples;"

"Here is the Operation Brevity – Halfaya Pass scenario using traditional Victory points (i.e. scored at the end of the turn). Note the Objective report and values;"

"And here is the same scenario, but with ‘per turn’ Victory points – also shown with the objectives dialog open. In this case the Allied player is the first player and will receive between 7 to 16 Victory points per turn for each objective held. The Axis player will receive 1 point for each turn that an objective is held and that value will be subtracted from the Allied total. It’s an interesting exercise in balancing up the scenario, but we’re very happy with the results to date. Both these scenarios will be included so players can choose the type of scoring they want for this scenario;"

"Here is the Tobruk – Easter Monday scenario. this was an attempt by Rommel to take Tobruk by coup de main. Rommel’s Panzers broke through the Allied defences, but his infantry failed to follow. In this case the Axis only receive points for objectives while the Allies receive none. This is show by the 0/# values on each objective;"

"Another example from Tobruk covering the Australian Carrier Hill counterattack. The aim is to roll up the Italian Bersaglieri and clear the Italian artillery position in the lee of the hill. The points are awarded to the Allies accordingly and to the Italians for holding their primary position (random note; see the portee Allied 2 pounder AT gun, a fast but vulnerable unit);"

"Finally, here is a shot from the full Brevity two day scenario. The Sidi Aziez airfield was seized by the Allies on the afternoon of the first day and then abandoned by the morning of the second day as the German reinforcements arrived. The points for this location are setup accordingly where the Allies need to push a long way into the Axis lines and hold the airfield for 16 turns to maximise the available 15 victory points per turn. They are free to leave that position by turn 25. For the Axis player it pays to try and stop the Allies taking the field, but that will leave the frontier forces exposed to the other Allied columns. The Axis player gets no points for holding the airfield, but does prevent the Allies from getting the victory points. This objective is a great example, of how the players can be influenced to think historically with the various victory values versus the old, end of game approach;"

"The Gambut Skirmish scenario covers the New Zealanders advance that resulted in the Allies breaking into the Axis rear area and the scratch forces that were thrown at the Allies to defend the Afrikakorps headquarters;"

"The good news is that we’re back focused on this title (and everything else) and the aim is to get the game out this year. That said, it will be done when it is done."